First, we want to thank you for accepting this interview. It is an honor to have the opportunity to converse with a reference in the world of science.

We know that from a very early age you used the innate curiosity that all children share to do experiments. Where does your passion for science come from? When did you know you wanted science to become your profession?

It came from my curiosity. When I was already a student.  I enrolled to the university because it was interesting. At that time I had to take care of my mother and sister and I wanted to be next to them. I also had to help financially, so got fellowships and had some jobs while studying

How did the year you spent in the army, acquiring clinical experience, influence your decision?

My army service was interesting, but my curiosity and desire to discover started much before I joined the army

How do you remember your days as a student? Did you feel you were treated differently as a woman?

We have read that the inspiration for your work on ribosomes came after reading a story about polar bears. Is it true? How did it happen?

I was curious about the translation of the genetic code into proteins since I learned about DNA. This happened when I was a young student and continued when I became a junior scientist. The report I talked about the winter sleep of the polar bears, provided hints and ideas concerning crystallization of ribosomes, but it was years later.

It seems that inspiration comes through different routes but what scientists do you admire or have been a source of inspiration throughout your career?

When I was very young, I was inspired by Marie Curie.  Later I became more critical…

Santiago Ramon y Cajal, the most relevant Spanish scientist, was hobbyist to photography, writing and drawing. Do you think scientists may find inspiration in art or humanities? Is there any artist or writer who inspires you?

They may, but each scientist is an individual, therefore I cannot generalize.

You have worked in the United States, Germany, France and Israel, what are the differences in the way scientists work in different states?  How are they involved in the development of science in their countries?

The basic scientific goals in these countries are very similar. There are some personal differences, as is the case in many other professions.

In 2009, together with Thomas Steitz and Venkatraman Ramakrishnan, you were awarded the Nobel Prize in Chemistry. In addition to joy, prestige and media influence, did the award turned into better working conditions, more grants or funds for research?

The Nobel Prize increased my options of meeting interesting people and students. It did NOT increase my chances in getting grants or funds. Actually some of my grants were stopped…

At that time you became the first Israeli woman to be awarded the Nobel Prize. Did you receive any criticism for the simple fact of being a woman?

Among the female Nobel laureates in chemistry (Marie Curie, Irene Joliot-Curie, Dorothy Hodgkin and yourself), and also Rosalind Franklin, three worked in X-ray diffraction to determine structures of biological molecules. Do you think it is a coincidence?

Crystallography requires intuition. Perhaps this is the reason for female attraction to this filed (you can see this everywhere in universities, research institutions, etc.) not only if count Nobel Prizes

What does this discipline (Crystallography) have to be so interesting?

This is the only way to understand the bases of natural processes.

Have Crowfoot Hodgkin and Franklin been an inspiration for you?

I did not meet Franklin but admired her work and scientific attitude. I did meet Hodgkin and learned a lot from her.

World's most prestigious prize continues awarding a very low percentage of women, a fact even more evident in categories such as physics, chemistry or economics. What do you think this gender gap shows?

The Nobel Prize is given to accomplished work. This means practically rather old people. In my opinion the low number of female laureates reflects in one hand the past attitude, when the society discouraged female to become scientist and in the other hand the average female nature, who is much less pushy toward becoming principle investigators.

Does it match with a strong discrimination in laboratories, companies and/or scientific societies?

I did not experience any discrimination. Therefore cannot answer this question.

You have also been awarded the L'Oreal Unesco Award for Women in Science. What do you think about the role of women in science and their presence in the scientific world (STEM as it is known on these days)?

I think that science is gender independent.

Did you ever felt at some point during your career underestimated regarding to your male fellows?

Do you think that current governments have established sufficiently effective policies to reduce this inequality?

I have no information about this, but I want to stress that the drive for equality may lead to compromises and/or averaging, instead of the drive for excellence, which should be the only measure.

You are Doctor Honoris Causa by several universities around the world. Recently we have seen how many of these titles are being retired to businessmen, politicians or actors like Bill Cosby. What do you think about offering this kind of appointments to public figures?

In my opinion the title Doctor Honoris Causa is bestowed on individuals that contributed significantly to humanity, regardless of their field.

An aspect that strongly concerns society is the increasing popularity of pseudoscience. Which is your position, your general opinion about homeopathy and other pseudoscience and anti-vaccine movements? Do you think that such practices are rampant in society and even sneaking into universities?

The examples that you used are not connected to science, but to treatment. I am not an expert in these fields.

Do you think we live an age with a not so good perception about chemistry, where the word «natural» is related to be good and «chemical» is harmful? What can scientist do about this?

We, scientist, have to explain that everything we have is a result of scientific research.

Of course, for understanding one has to study, and most people do not study science.

Do you think scientists should be involved in social communication of science?

Yes, but only if they want and can contribute significantly.

Can you recommend us some science writer and a book of this kind that you particularly like?

I am sorry, I in principle I do not recommend books because whatever I say may hurt? Somebody.

For Principia is very important not only to get scientific knowledge to children but also to transmit the values that science provides. Are these values (curiosity, observation, error, determination and imagination) enough potentiated in classrooms?

Once again we want to thank you for your attention and time and also to congratulate you for your success. Thank you Ada Yonath.

We also thank to Patricia Rodríguez, Silvia Mielgo and Rafael Medina because of their collaboration in the development of this interview 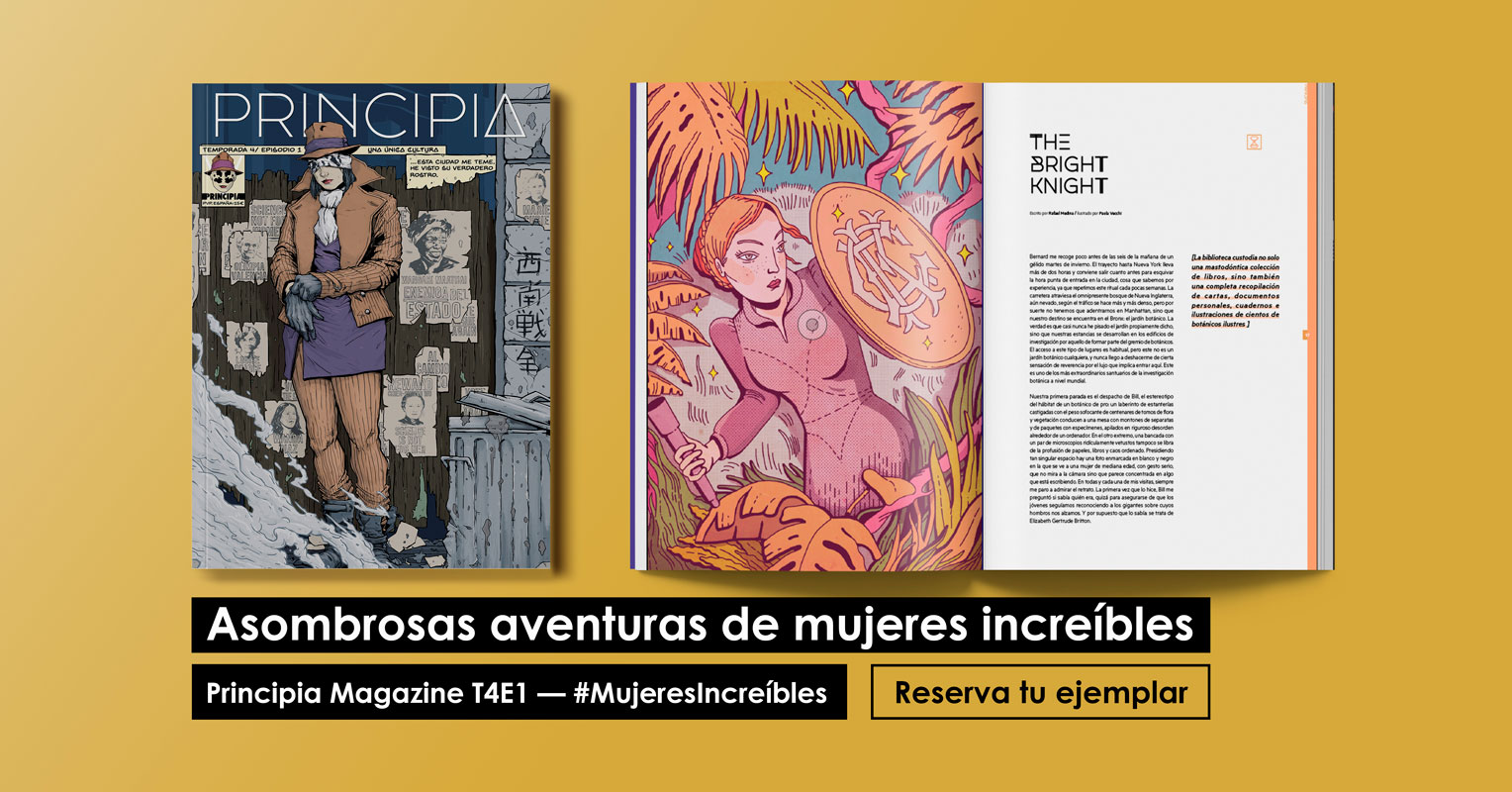 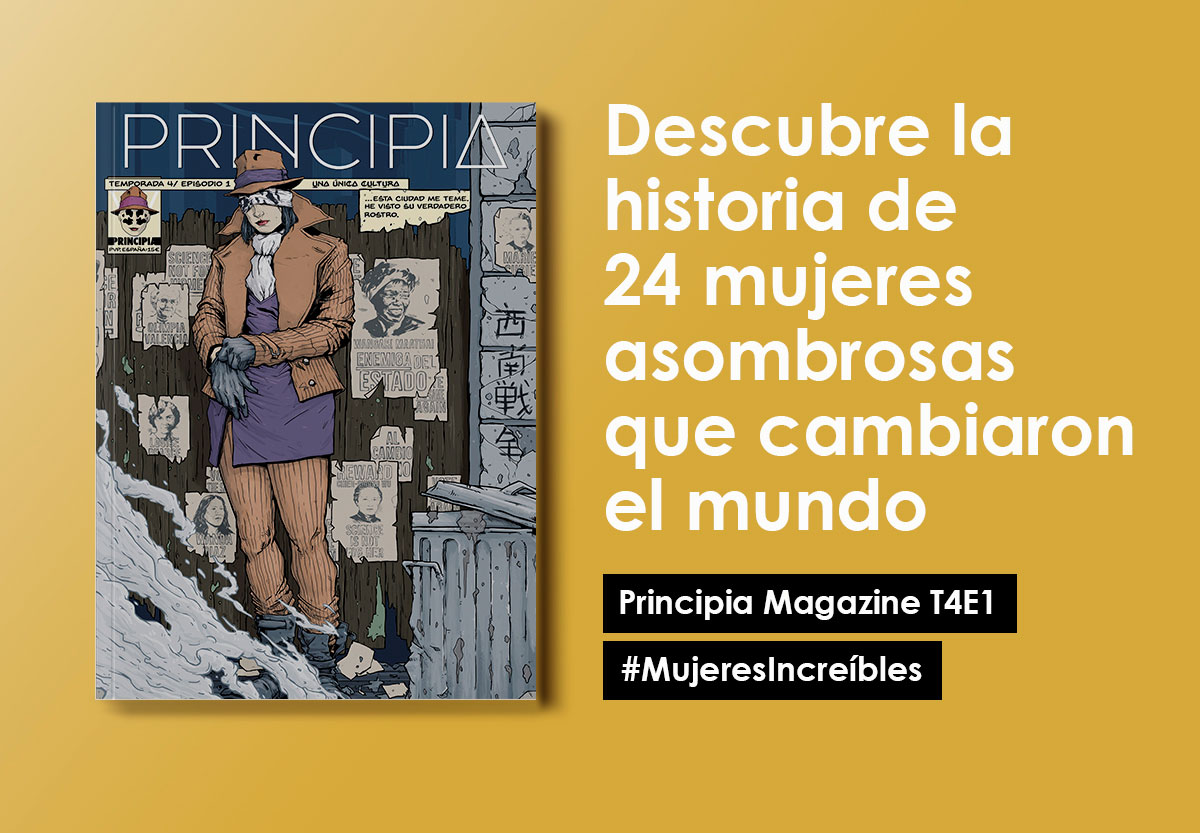